Born in Thornaby in 1968, Gary Parkinson came through the youth system at Everton. But after a while he became home sick so made the move back up to Teesside and signed for Middlesbrough as a YTS trainee in 1985.

Parkinson’s Boro debut wasn’t in front of an Ayresome Park crowd but actually up the road in Hartlepool, the 1986/87 against Port Vale was played at Victoria Park due to Boro being in dire straits and heading towards liquidation. The team and staff had been locked out of Ayresome Park and the club was on the brink of ceasing to exist until Steve Gibson stepped in.

Still only a youngster, Parkinson made the right back position in the team as his own as they gained back to back promotions under Bruce Rioch, despite their financial issues of the past. Boro were famously promoted in 1988 at Stamford Bridge, much to the anger of Chelsea fans at the match…

‘Parky’ was a reliable regular in that famous team alongside captain Tony Mowbray, goalkeeper Stephen Pears and forward Bernie Slaven to name a few. Still to this day, the Class of ’86 are well respected for their grit, determination and resilience despite the issues they encountered as a team. The 90s came around and Parkinson was still playing for his boyhood club at Ayresome Park, in 1993 he left Boro for former manager Bruce Rioch’s Bolton Wanderers.

Parky spent eight years on Teesside, making 202 appearances and scoring 5 goals. His time in Greater Manchester wasn’t as successful as his career at Boro as he only made 3 appearances. In 1994, Gary Parkinson moved 24 miles down the road and signed for Bolton’s rivals Burnley – his biggest moment in his three years with the Clarets came at the end of his debut season where he scored the winning goal to send them into the First Division against Stockport County in the play off final.

After leaving Turf Moor in 1997 he had spells at Preston and Blackpool before retiring in 2003. He became Head of Youth Development at Bloomfield Road in 2006 and was in charge of all the youth systems there, he won the Lancashire FA Youth Cup with Blackpool in 2008. On 6th September 2010, Gary Parkinson suffered a huge stroke which caused him to suffer from a condition called Locked In Syndrome. The condition is one of almost paralysis apart from eye movement, in the decade since Parky has made great progress since his stroke but still requires 24 hour care. His experiences inspired himself and his family to set up the Gary Parkinson Trust to help other people suffering from Locked in Syndrome, donations go towards equipment, specially adapted vehicles and even trips to football matches. Parky’s former clubs have all gotten involved in raising money for the trust and continue to help out their former full back.

For more info on the Gary Parkinson Trust, visit the website here. 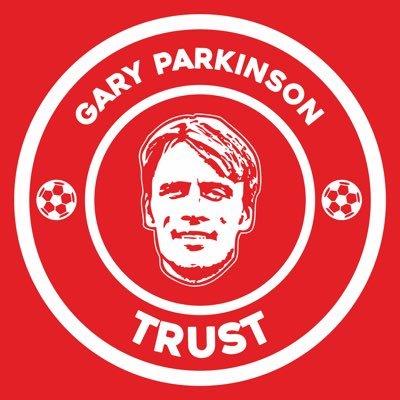