A Watford boy, Gareth Southgate kicked off his career at London club Crystal Palace. Starting out as a midfielder, he then made the move to the midlands where he signed for Aston Villa in 1995. He migrated from the midfield to the back line, making a name for himself as one of the country’s top young defenders and made 191 appearances. Southgate went on to win the 1996 League Cup with Villa and became the captain of the side.

Southgate also caught the eye of Terry ‘El Tel’ Venables, making his England debut against Portugal in December 1995. He was part of the Euro 96 squad and played every minute as hosts England reached the semi final against. Heartbreakingly, missing the crucial penalty against Germany which saw them crash out of the Euros (we forgive you Gareth). In the years that followed, he lead out Aston Villa at the last ever FA Cup final at Wembley in 2000 and was a regular player for England both at the France World Cup in 1998 and the 2000 European Championships.

Southgate moved further up North in 2001 and signed for Middlesbrough for £6 million, Steve McLaren’s first signing as manager. He teamed up with fellow former Villa centre back Ugo Ehiogu to rekindle their solid partnership at the heart of Boro’s defence. He certainly wasn’t wasting time, he became a fan favourite with his attitude off and on the pitch and was voted Player of the Year after his debut season with the Teessiders. He was seen by many as a model professional who wore his heart on his sleeve, gave his everything and was known for his famous “Southgate Salute” after a Boro win. Paul Ince left Boro for Wolverhampton Wanderers in 2002, so Southgate was given the captain’s armband ahead of the new season. He became the first Boro skipper to win a major trophy when they beat Bolton Wanderers 2-1 at the 2004 Carling Cup Final in 2004. This was encapsulated beautifully by Ali Brownlee: “There’s been many great Middlesbrough captains – George Hardwick, Stuart Boam, Gordon Jones, Tony Mowbray. But none of them have been able to do what Gareth Southgate is going to do now, and that’s to put his hands round a cup and convert after the words Middlesbrough Football Club. And an extra word, that word is WINNERS…WE’VE DONE IT!!”

Southgate then took Boro on a European journey, some of the most famous nights ever involving Middlesbrough Football Club. Nights in Italy against Roma, the first mighty comeback against FC Basel of Switzerland, onto a semi final against Steaua Bucharest. Against all odds, Boro came back from the dead and emerged 4-2 winners, with Southgate making way for Massimo Maccarone in the first half, and we all know what happened there… Eindhoven beckoned for the Teessiders.

Gareth Southgate’s last game as a footballer came in the UEFA Cup Final at Eindhoven, where Boro were thumped 4-0 by Sevilla. Heartbreak for Boro fans, players and Boro’s captain marvel. After the dust had settled and the cup final hangover had subsided, Steve McLaren made way for Southgate to become Boro’s next manager in 2006; becoming the club’s youngest manager at just 35. His reign at Boro ended in 2009 following relegation to the Championship, undoubtedly his best moment as Boro manager came in an 8-1 butchering of Manchester City.

In recent years, Boro’s former captain and manager was given the job of England boss; a promotion from his role as under 23s head coach. Southgate steered the national side to the 2018 World Cup semi final, sadly losing to finalists Croatia in extra time. England also won on penalties against Columbia in the tournament, certainly putting old haunts to bed for the manager and making the country fall a bit in love with him (and his waistcoats). Euro 2020 were a year late but Southgate lead his England stars out at Wembley – winning the group and convincingly beating old friends Germany 2-0 to secure themselves a quarter final spot against Ukraine. Two wins saw Southgate’s England in a major final for the first time since 1966, lining up against a strong Italian side. Penalties loomed and ultimately football didn’t come home – insteat to Rome. More heartbreak for Southgate and his players (it still hurts to talk about).

Gareth Southgate is still highly talked about in Teesside, both for his contributions to Boro and England; recently he was given the freedom of the town of Middlesbrough after his Euro 2020 campaign. Even if he guides England to World Cup glory one day, Boro fans will always regard Gareth Southgate as one of their own. 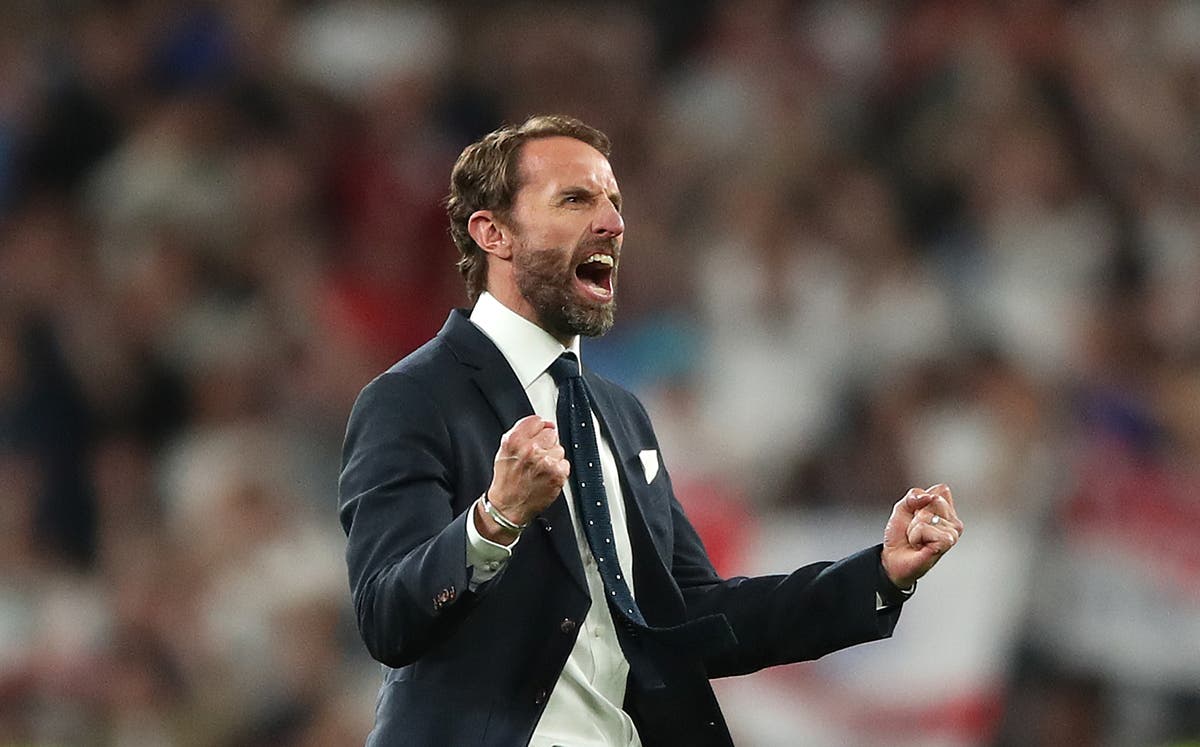